Do you want to know interesting French food facts?

French cuisine has a long history before it developed into what it is today. Through centuries, it has been influenced by the many surrounding cultures of Belgium, Spain, Italy, Germany, and Switzerland. Queen Marie Leszczyńska, the Polish wife of Louis XV of France, influenced French cuisine as well.

Among various facts about French food, we know for sure that cheese and wine are a major part of cuisine française. But did you know that France is the third-largest wine producer in the world, trailing behind Spain and Italy?

However, France’s global export is higher than most of the rest of the competition combined. So to experience the most expertly fermented drinks around, France is the place to be.

20 French Food Facts You Need to Know About

Facts about food in France are fun and really worth knowing. Here’s a list of 20 French cuisine facts you need to know about, which might be useful when you’re in France.

1. French gastronomy is included in UNESCO’s list of the world’s “intangible cultural heritage”.

2. French fries were not invented by the French

The confusion can be attributed to the fact that the recipe for French fries was brought to the USA by Thomas Jefferson after serving as the American Minister to France from 1784 to 1789.

Some also claim that French fries were introduced to the US soldiers during World War I by Belgian soldiers who spoke French.

French toast origins can be traced as far back to the Roman Empire but the term “French toast” was first coined in the 17th century in England.

In France, it is known locally as “pain perdu” which translates to “lost bread” due to the fact that originally the bread used for French toast was mainly stale bread. It was a way for French people to make use of old bread that otherwise would have gone to waste.

4. Croissants and baguettes were invented by the same guy.

Croissants and baguettes are synonymous with France but just like French fries and French toast, they were not invented by the French. Both were invented by an Austrian entrepreneur named August Zang.

5. Baguettes are free in Paris and the surrounding area.

Want to hear an interesting fact about baguettes? Most restaurants in Paris serve baguettes as a free side in unlimited quantities.

6. There are thin and fat versions of the baguette.

The thinner baguette is called ficelle, which literally means “string.” If you want the fatter version, order a flute that is twice the size of the traditional baguette.

7. There are over 1,500 different varieties of cheese in France.

France is known for its cheese. Cheese, being a major part of French cuisine is one of the most popular facts about France. France produces around a billion tons of cheese each year.

8. Throwing away spare food is illegal in France

France is the first country to make burning or throwing away food against the law. Spare products from supermarkets are usually given to charities.

9. There’s a special law for bread in French.

The Décret Pain, or the French bread law, states traditional baguettes have to be made with just 4 ingredients: wheat flour, water, salt, and yeast. They should also be made only on the premises where they’re sold.

10. Breakfast is not the most important meal in France.

French breakfasts – called le petit déjeuner – are typically small, while lunch or le déjeuner gets a little heavier. Dinner is the “main event,” especially because apéro is often involved pre-dinner.

11. Meals in France are extra long.

Le déjeuner (lunch) usually lasts up to hours. This applies even to workers. French people just love to eat! However, there is a trend going on now and modern businesses are moving toward faster meals and sandwiches.

12. The French are nicknamed “frog eaters”.

This is due to their delicacy called les cuisses de grenouille that is made of frogs’ legs. It has been a staple of French cuisine since medieval times, earning them the pejorative nickname “frogs’ leg eaters,” which was later shortened to “frog eaters.”

This is an oblong-shaped pastry made with cream-filled choux dough, with chocolate icing for toppings. It’s called éclair, the French word for “flash of lightning,” because it is eaten in a flash.

14. Unlimited ketchup in school and college cafeterias is banned in France

Ketchup is used only on French fries. The ban went into effect in 2011, said to have been done to preserve Gallic cuisine and improve students’ diets. French children are also not allowed to bring ketchup to school in homemade lunches.

15. The average French citizen consumes about 500 snails each year.

Probably a well-known fact about French cuisine is that French people love their snails. Escargot, a very popular French dish, is made of edible land snails, often served as an hors d’oeuvre. On average, a French citizen consumes about 500 snails each year.

16. France is the second-largest wine-drinking country in the world.

Many local markets provide their own eating specialties. These French regions also have their own local varieties of cheeses.

18. The French drink alcoholic beverages before and after every meal.

These French drinks are called apéritifs and digestifs. Apéritifs are normally served before a meal as an appetizer and digestif after a meal to aid digestion.

19. The 6th of January is a special day for eating a special French cake in France.

The French call it the “l’Epiphanie” or “la journée des rois.”‘ This occasion commemorates the visit of the three wise men to the infant Jesus. It is a tradition in France to eat la Galette des Rois or king’s cake.

20. The people behind the critique gastronomique, Michelin Guides, are the same ones who make the Michelin tires.

The Michelin Group is a tire-manufacturing company based in Clermont-Ferrand, France. In their desire to sell more tires, they created a travel guide to places, accidentally creating a whole new industry. The Michelin Guides rates restaurants around the world and it’s one of the most coveted ratings in the restaurant industry. Getting or losing a Michelin star can have a big impact on the success of a restaurant.

Are you looking for the best French cheese? Apart from the wine, France is known for its wide variety of cheeses.  Whether handcrafted, artisanal, or farmstead (fermier), French cheeses have a unique character that reflects the producers, terroirs, and historical traditions of the country. When they’re meticulously prepared, aged to perfection, and consumed when perfectly…

Do you want to learn interesting facts about baguettes? A baguette is a long, thin French loaf, commonly made using basic lean dough. This bread, a French staple food, is recognizable by its length and crisp crust. It can be served as an appetizer or part of the main course. It became extremely popular in…

Are you wondering what’s the history and the origin of French toast? Perhaps like most people, you think French toast was invented in France. Oh, just another of those typical French “fabulosities,” nothing surprising. Right? But is it really French, though? Is it called French toast everywhere? How do you make this breakfast comfort food?… 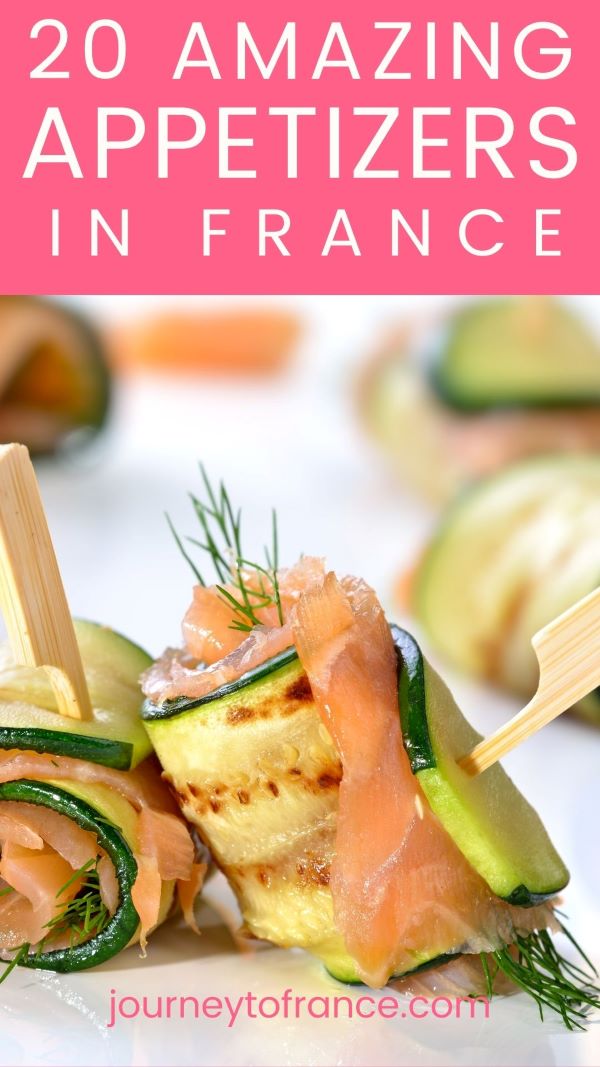 Are you looking for the best French appetizers? An appetizer is a small-portioned first course meant to compliment a main course in a multi-course meal. Appetizers in France reflect both traditional cuisine and the locations from which they originated through the ingredients used. Things you’ll find in this article20 Most Popular French Appetizers That You… 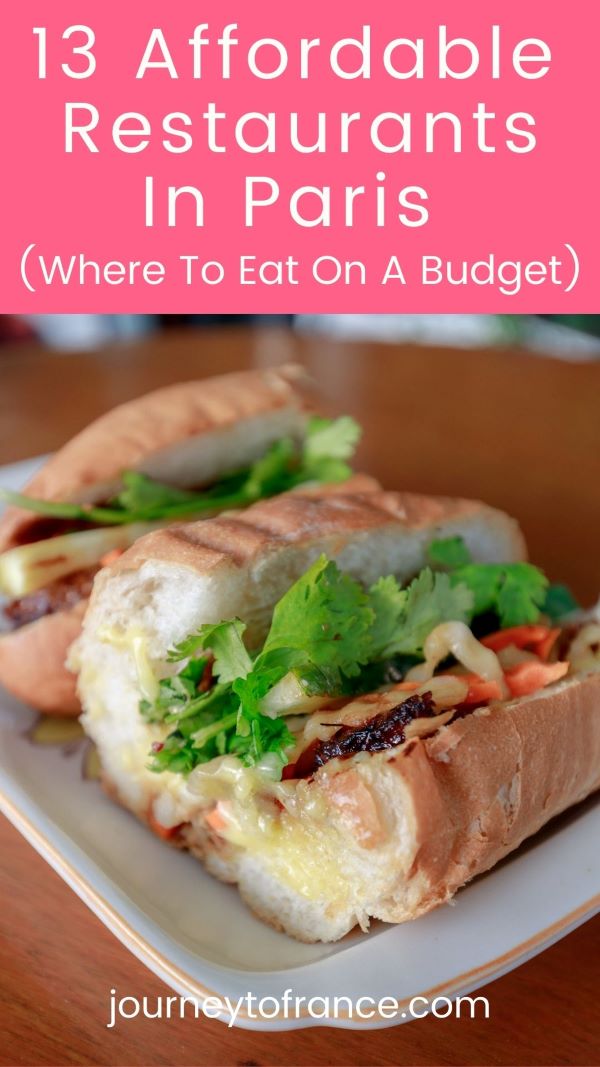 Since Parisians live to eat (and drink), there are plenty of fantastic places to eat in Paris. Finding an inexpensive meal, however, isn’t always easy, especially if you don’t want to settle for substandard food. That’s why we put up this list of cheap and affordable restaurants in Paris. This guide includes a diverse selection…

Are you looking for the best free gluten-free restaurants in Paris? Paris is a large city teeming with people from all over the world where you can find almost anything. Among the best things you can find in Paris are amazing gluten-free food, from dedicated gluten-free Italian restaurants to crepes, waffles, and, of course, pastries….

11 Best Things To Do In Colmar, France