Skip to Content
Home Blog Regions Ile-de-France Louvre Museum: History And All The Things You Need To Know
by

Next to the Eiffel Tower, Louvre is another Paris attraction that draws over a million visitors every year. It has a longer, and more colourful history than the Eiffel Tower.

The Louvre that we know today wasn’t always a massive repository of the world’s greatest fine art collections. The museum palace was initially built for a different purpose at the start of the 13th century.

Read on to find the interesting history of Louvre Museum – one of the best museums in Paris, France.

Louvre Museum: History And All The Things You Need To Know

Louvre was built by French king Philippe-Auguste as a fortress, to address the need to protect Paris from outside forces. The square structure was constructed as an extra precaution,

In the early 13th century, French king Philippe-Auguste recognized the need to protect his capital city of Paris from outside forces.

With a wall already constructed around the city, the fortress he built was an extra precaution, and it served that purpose well.

In the late 1300s, King Charles V started transforming the old fortress into a palace. His team of architects and builders converted the military structure into apartments, salons, and a huge library.

Sadly, the Hundred Years War happened and Charles had to move to Chateau de Fontainebleau.

For centuries, not much was done for the then Louvre Palace until the reign of King François 1, who had the palace destroyed. 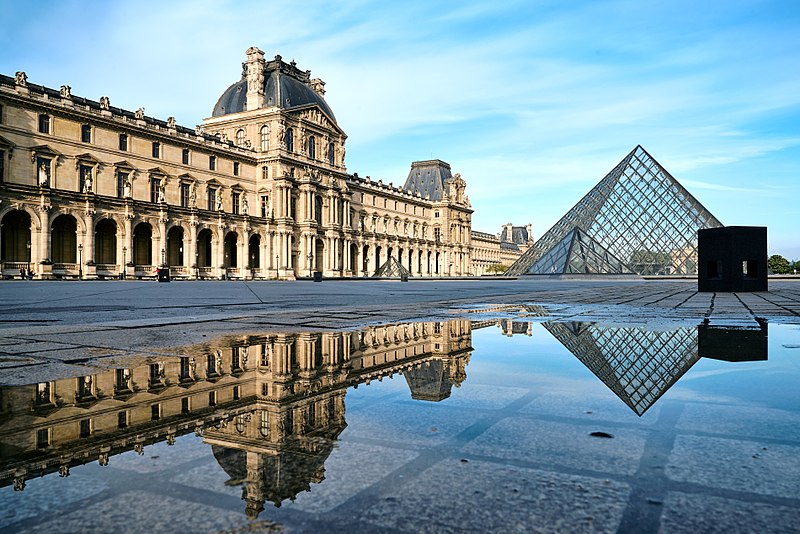 He then constructed another palace in its place. This new structure is now closer in appearance to the Louvre that we know today.

King Francois I was the one who brought Leonardo Da Vinci to France and was the reason the Louvre has the Mona Lisa. Long before the Louvre Palace became a museum, it already has an important collection of fine art, from a great master himself.

For the next centuries and after Francois I, various additions and constructions were done to the palace. Queen Catherine de Medici (wife of Henry II) added the Tuileries Palace.

King Louis XIII continued the expansions in the 17th century, as well as his son, King Louis XIV, who ordered the construction of the galleries. These galleries are now home to Louvre’s stunning art collection.

The sun king Louis XIV lived in the Louvre for a while before moving to Chateau de Versailles during the French Revolution.

In his absence at the Louvre, the artists and intellectuals of Paris moved that the Louvre Palace be turned into a museum.  It started with a collection of the king’s valuable art pieces, which was displayed for public viewing on certain days of the week.

The collections slowly grew in numbers, as the palace-museum was constructed. The Louvre officially opened to the public in 1793, during the time of King Louis XVI.

The construction of the Louvre then resumed throughout the 1900s, a huge part of it was through the supervision of President François Mitterrand. He freed up space that was formerly used by the city government from the Louvre Palace, which allowed for more art collections.

He was also the one responsible for the gigantic pyramid made of glass, which, like the Eiffel from a hundred years before, was met with dissenters.

The pyramid was from a design by architect I. M. Pei. The glass pyramid has since become an iconic symbol of the Louvre and Parisian art scene, as well as among the most photographed attractions in the city.

Things to see in Louvre

The Louvre Museum is open daily and welcomes thousands of visitors from around the world.

If you’d like to spend time with each art piece displayed without fighting your way through the huge crowd, the best time to visit is Wednesday and Friday which has logger visiting hours.

Once you have a ticket, you can come and go throughout the day to take breaks. Get some food in one of the nearby cafes and eateries, or visit the surrounding gardens.

Inside the Louvre, it is pretty easy to get overwhelmed by the many halls and galleries, and its massive art collections. The Louvre, after all, is one of the biggest museums around the world.

The Louvre is definitely more than Da Vinci’s Mona Lisa, which is a surreal sight to behold, by the way. 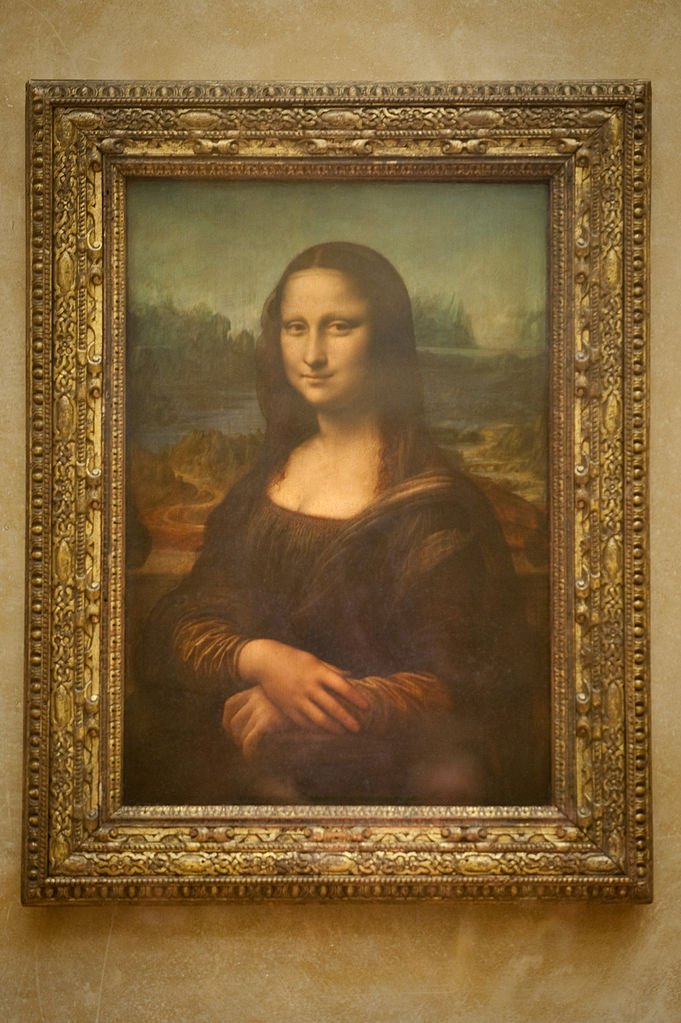 However, there are other parts and pieces in the museum that every visitor must-see, such as the sculptures in the Marly and Puget Courtyards.

Enjoy some quiet time as you stroll and admire the many sculptures covered in glass, as you think about the fact that past kings and queens of France used to spend time here.

Another must-see are Napoleon’s Apartments, for a glimpse of what life was like for the royalties back then.

Back in the museum galleries, the ceiling and walls of the Egyptian Antiquities & Greek and Roman Antiquities displays are some of the most exquisite sights you’ll ever see.

The sculptures, artefacts, jewellery and tomb walls will make you linger at each display and look closer.

Look up and marvel at the gorgeous paintings on the ceilings, the marble walls and doorways, or the intricate wooden floors. They’re absolutely stunning, and this part alone is a reason to visit the Louvre.

The other Da Vinci paintings,  housed in the Louvre meanwhile, are just as stunning as the Mona Lisa. You can see these paintings in the hallways leading to his most famous work. Stop and check out this nester’s amazing brush strokes and details.

Other must-see places in the Louvre are the massive Red Galleries if you want to enjoy art with fewer tourists, the second floor of the Sully Wing filled with French paintings and the Near-Eastern Antiquities section with its impressive mosaics and artefacts.