France is said to have over a thousand castles, and they’re great places to visit to know more about its history.

Nearly every region of France has castles or chateaus, and visiting castles in the country must be included in your bucket list.

Not sure yet where to go on your upcoming French holiday? Here are some of the best castles in France you must see and explore.

13 Best Castles In France That You Must Visit

No list of the best castles in France is complete without this stunning from the beautifully preserved medieval city of Carcassonne. This UNESCO site is perched on a hillside, and said to be the inspiration for the castle in ‘Sleeping Beauty’.

Surrounded by fortified walls, step inside its fortified walls and see what it’s like to begin the medieval times. Look down an ancient well or climb an old rampart.

Chateau Comtal has 53 towers and you can climb any of them for views over the city, nearby vineyards, and the Aude River. Wandering around this huge castle complex is just the best way to explore this city.

Check out these best things to do in Carcassonne, France.

The easily recognizable Château de Chambord is probably among the grandest, too. It is the largest château in the Loire Valley and has quite a fascinating history.

This Renaissance castle is made with white limestone and surrounded by water on one side. It has beautifully landscaped gardens which is a product of its intriguing history.

Inside the castle, the rooms that are open to the public are styled as if it is still inhabited. It features period furniture and decor, that’s saying a lot about the era when it was built. Château de Chambord is one of those castles in France that’s a definite must-visit.

Check out these best things to do in Loire Valley, France.

Constructed in the 11th century on a rock by the Nançon River, Château de Fougères is one of the largest medieval fortresses in Europe.

Located in Brittany, the château is now a property of the city of Fougères.

A walk inside during a guided tour comes with stunning music and sound effects that help recreate the feeling of what it must’ve been like during the medieval era.

Located in a town of the same name, Chateau de Fontainebleau is one of the biggest royal castles in France. It is only 55 kilometers from Paris, and a must-see if you like castles and royal history.

It has served as a royal residence for hundreds of years. Kings and queens, as well as emperors who lived here, contributed various improvements to the castle.

Fontainebleau contains over 1,500 rooms, and all of them provide an insight into France’s culture and history. It’s a lovely day trip out of Paris that‘s not to be missed.

Located 80 kilometers from Paris’ northeast is the majestic Pierrefonds. This enchanting castle is situated in a bend in the road next to the Compiègne Forest.

It was originally constructed in the 12th century, was destroyed them went through renovations and restorations. These improvements resulted in the grandiose Pierrefonds that we see today.

Known as “the romantic folly of the Emperor”. Pierrefonds is quite an impressive fortress. It has large crenelated towers as well as a pathway that leads around the battlements.

The extravagant Chateau de Versailles is located just 10 miles from Paris and one of the best castles in France. It is one of the most visited attractions in the world, a massive structure that was the former seat of power for France.

Today, it is known as a huge treasure trove showcasing French history.

This impressive grand chateau was built in 1631 by King Louis XIII. It was designed in the French Baroque style and has 2,300 rooms.

Within the complex is a luxurious park, picturesque gardens, and a Grand Canal.

A sight that’s not to be missed in the palace is the Hall of Mirrors, which connects the King and Queen’s apartments. It’s a stunning hallway that’s decorated with more than 350 mirrors.

Check out these best things to do in Versailles, France. 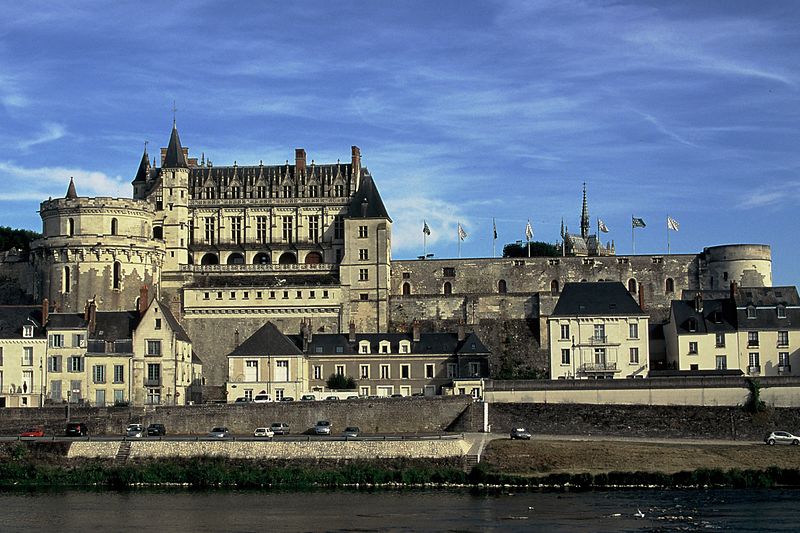 One of the many fascinating castles in the Loire Valley is the Château d’Amboise.

Located in the center of town, this castle was constructed upon an old fortress. It is set on a hilltop overlooking the Loire River and is open to the public for visits.

Check out its elaborately styled rooms, and the passageways and towers. Parts of the castle were even designed by Leonardo Da Vinci during its later renovations.

Within the castle grounds, you’ll find pretty gardens, a chapel snd the final resting place of the Renaissance master himself.

The Haut Kœnigsbourg castle was a witness to so many battles throughout the centuries since it was built. It has protected its inhabitants from the middle ages to the Thirty Years War before it was abandoned.

Located in Orschwiller, it is one of the most visited medieval castles in France, particularly in the Alsace region.

It was reconstructed from 1900 to 1908, making it more accessible to visitors who want to know more about its history. 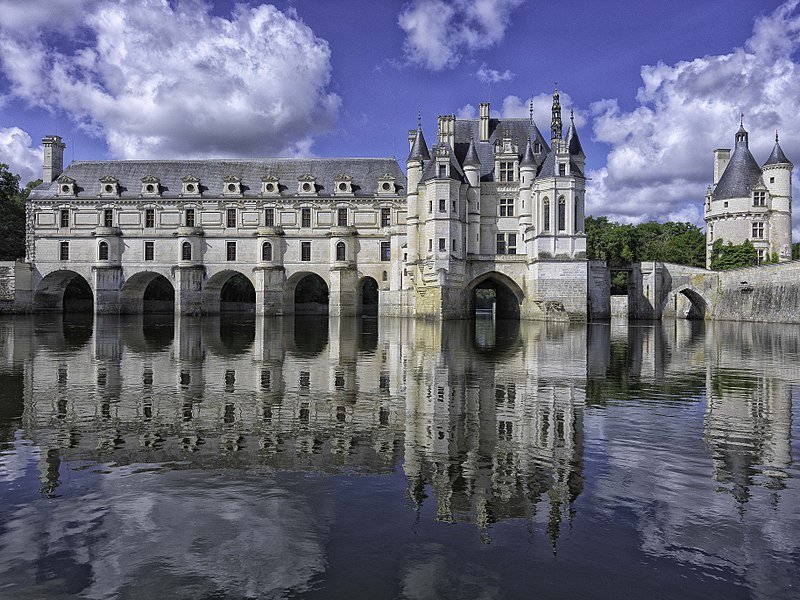 There are over 300 castles in Loire Valley, snd one of those that’s a must-see is the Château de Chenonceau.

Considered as among the prettiest castles in France, a product of the Renaissance that sits by the river Cher.

This 16th-century fairytale castle has pointed towers and turrets, as well as a moat and elegant courtyards.

Inside, you’ll find brilliantly restored rooms and views of the Cher River if you look out from the first floor Balcony.

Another must-visit in the gorgeous Loire Valley is the pretty 10th century Chaumont Sur Loire.

Ownership of this castle changed over the 500 years since it was founded before it was destroyed by Pierre d’Amboise then rebuilt by Charles l d’Amboise in the 15th century.

Chaumont Chateau has been a historic monument since 1840 and has been owned by the state since 1939. Surrounded by woodlands, this is a worthwhile visit when you’re in France.

Originally a hunting lodge for Louis XVII, Chateau de Vincennes was converted into a castle beginning in the 14th century. It is located in the Paris suburb of Vincennes, a heavily fortified keep with a rectangular outer wall, moat, and drawbridges.

Today, the chapel and the keep are the parts open to visitors but you can take snapshots of this historic structure from afar.

One of the best castles in France is in Vitré in Brittany, which dates back to the 11th century.

This medieval castle was expanded a few centuries later, with a drawbridge, a gatehouse, and a tower. It was surrendered in 1487 and in 1820, it was bought by the town for 8,500 francs.

The outer structure was then restored and today, the château is home to a small museum and a town hall. 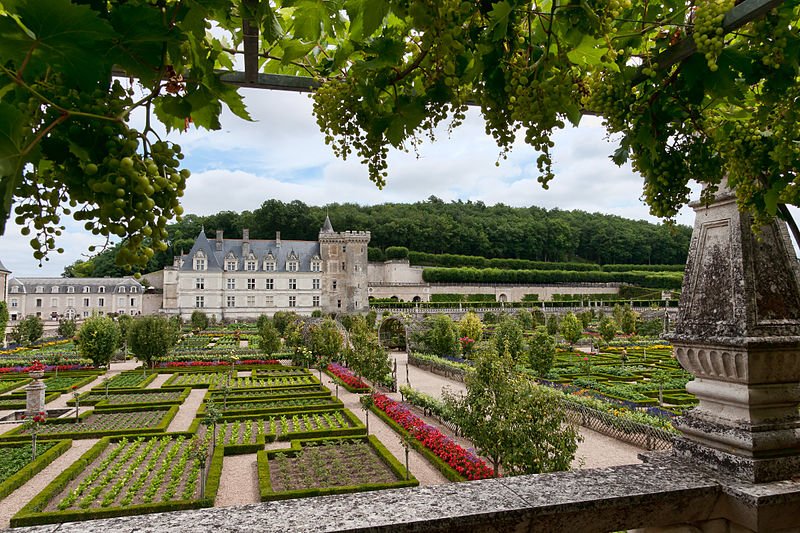 Château de Villandry is one of the most beautiful chateaux in France. Known as the last castle to be built during the Renaissance period in Loire Valley, Napoleon Bonaparte acquired this chateau for his brother, Jerome Bonaparte during the early 19th century.

This family-owned chateau is also famous for its grand interior with Renaissance fair and one will feel what it’s like to live during this period. The rooms are the highlights of this beautiful chateau.

Aside from the opulent interior, Chateau de Villandry is also quite famous for its beautiful gardens. 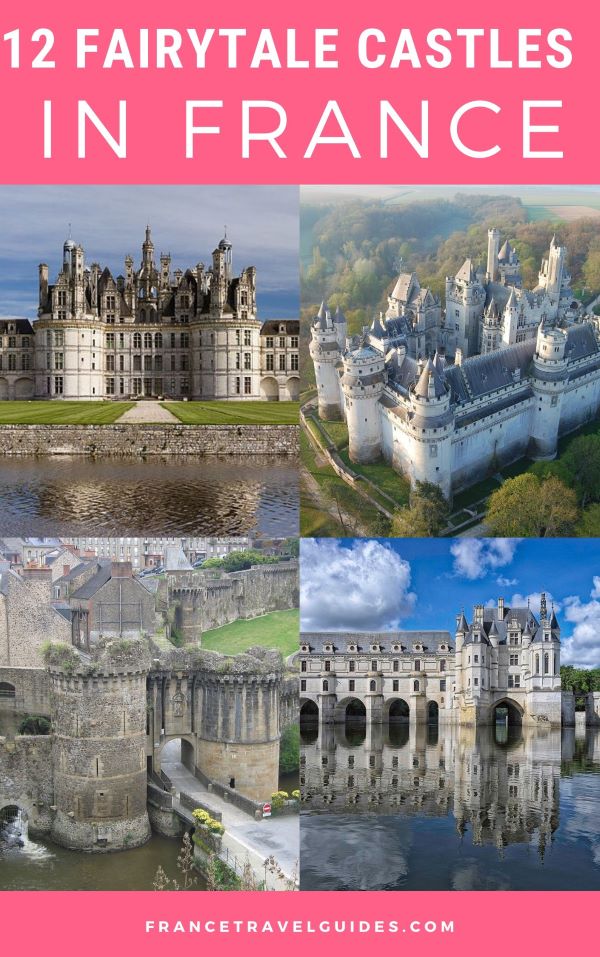