When in France, it seems like there’s beauty everywhere you look.

Its long history has left some of the most fascinating structures – from castles to churches. Even its capital city is known for its unintentionally romantic attractions.

Picking the most beautiful places in France is no easy task. To make it easier, a city or town’s diversity and uniqueness are also considered.

If you’re headed in the country soon, check out these most beautiful towns and cities in France.

The gorgeous town of Colmar is just an hour away from Strasbourg, and also a part of the Alsace region.

Like most places in the Alsace, Colmar also has Germanic influences that are seen mostly on its architecture and the food.

While here, be sure to check out the Petite Venise area, set in its charming canals. This part lights up with Christmas markets during winter and blooms with colorful flowers during spring and summer.

Check out these best things to do in Colmar, France.

Annecy is known all over France for its fantastic Spring views.

The entire town explodes in beauty and color during the season, which is just one of the reasons why it’s among the most beautiful towns in France.

Situated by the serene Lake Annecy, it is also known as the ‘Pearl of the Alps’.

It has three canals that run through the old town, often lined with trees or flowers or charming buildings.

There’s also a bridge where you get to see stunning views of the lake and parts of the town.

Check out these best things to do in Annecy, France. 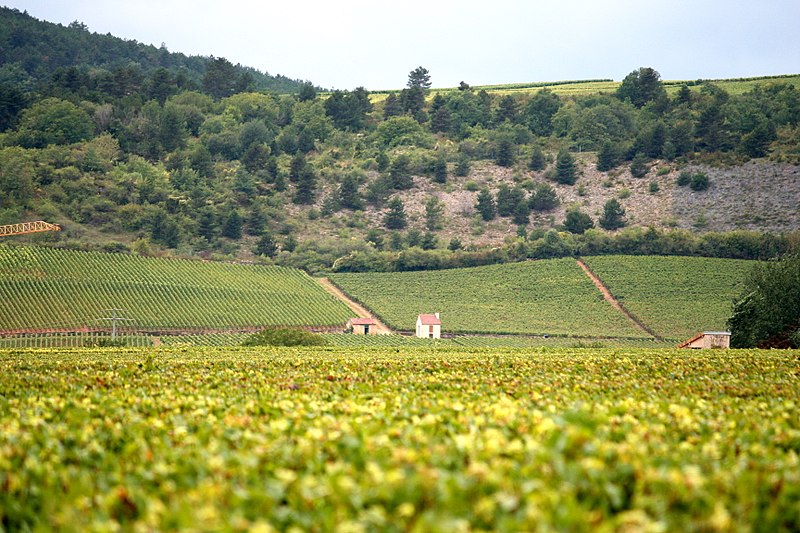 A huge city with so much to offer, Bordeaux is more than its vineyards and fantastic wines. It has a delightful old town that’s filled with stunning architecture.

After sunset, be sure to enjoy views of the city from the Pont de Pierre.

Lastly, never ever leave Bordeaux without sampling a few wines.

Check out these best things to do in Bordeaux, France.

One of the most beautiful towns in France is Cannes,  in the French Riviera.

Known for its international film festival held every year, Cannes is also a top tourist destination for the rich and famous.

Stroll along its streets and you’ll see one posh hotel after another. The architecture is sometimes over-the-top, but still quite elegant.

There are also lovely museums and trendy neighborhoods.

While here, be sure to wander through the iconic Boulevard de la Croisette, a trendy street that’s popular among celebrities.

Check out these best things to do in Cannes, France. 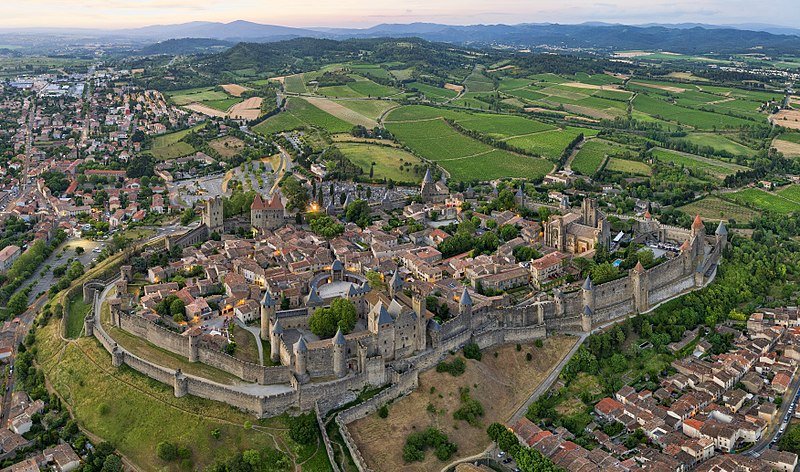 Being in Carcassonne is like being in another era, particularly the medieval times.

Set by the River Aude, it has a walled old town with everything in it straight out of the 11th or 12th centuries.

Marvel at the citadel, walk along the fortified walls or check out the drawbridge. You’d probably pinch yourself asking if you’re still in the 20th century.

There are also other stunning structures outside of the ramparts, as well as a charming bridge over the river. Carcassonne is without a doubt, one of France’s most beautiful towns.

Check out these best things to do in Carcassonne, France.

Located in Provence’s Luberon region, Gordes is a gorgeous town by the hill that’s meant to be explored. Admire the grey and white stone houses, all winding through a rocky hill.

At the top, there’s a church and a medieval castle. There’s also an old synagogue where monks still make honey and lavender products as well as liqueurs.

There are also bories, or round huts used by shepherds in some parts of this charming town.

Check out these best things to do in Gordes, France.

Orderly and sophisticated Lyon is the third-largest city in France. Strategically located where the Rhone and Saone Rivers meet, the city was founded by the Romans in 43 B.C.

Around the city, you’ll find brilliantly preserved Renaissance buildings along with modern structures. A great mix of the old and the new, Lyon is a modern classic. The city is also a popular hub for foodies so make sure you sample some local dishes while here.

Check out these best things to do in Lyon, France. 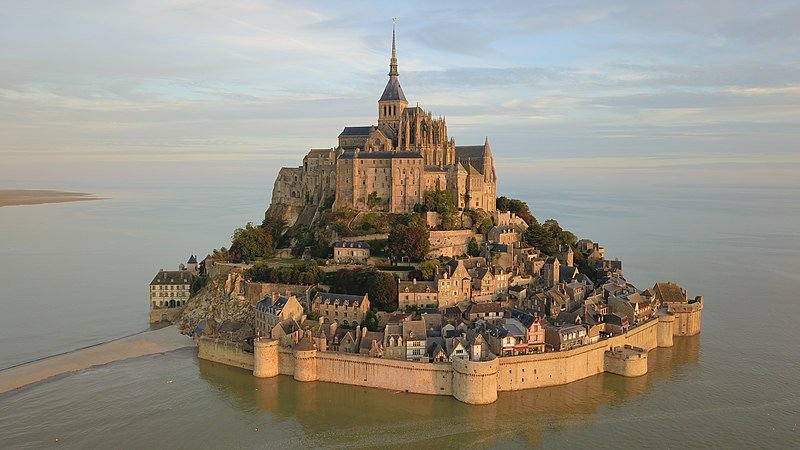 Nestled on a rocky island that can be accessed on foot during low tide, Mont Saint Michel is one of the most beautiful small towns in France you’ll ever see.

Most come here for the abbey church, but the tiny town below is just as fascinating.

Built on a pure granite cliff, the medieval town is set on winding alleys and steps.

A walk up the abbey is like a journey inside a fairytale. The view of Mont Saint Michel from the mainland is quite magical at night, as the entire island is lit up.

Be sure to stay there until after sunset and watch as it transforms into such a splendid sight.

Check out these best things to do in Mont Saint Michel, France. 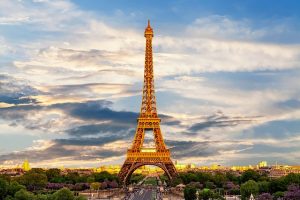 Without a doubt, Paris is one of the most beautiful cities in France. This is one place where practically every part is picture-perfect.

From old buildings to streets filled with food stalls, bookstores, and cafes, gardens, and parks – even the cemetery.

This City of Love is situated on the banks of La Seine, an elegant and romantic place that most tourists can’t get enough of.

The sights are pretty diverse too, from the stunning art in Louvre to Bohemian neighborhoods to the catacombs.

It’s no wonder why Paris is also among the most visited cities in the world.

Check out these best places to visit in Paris, France. 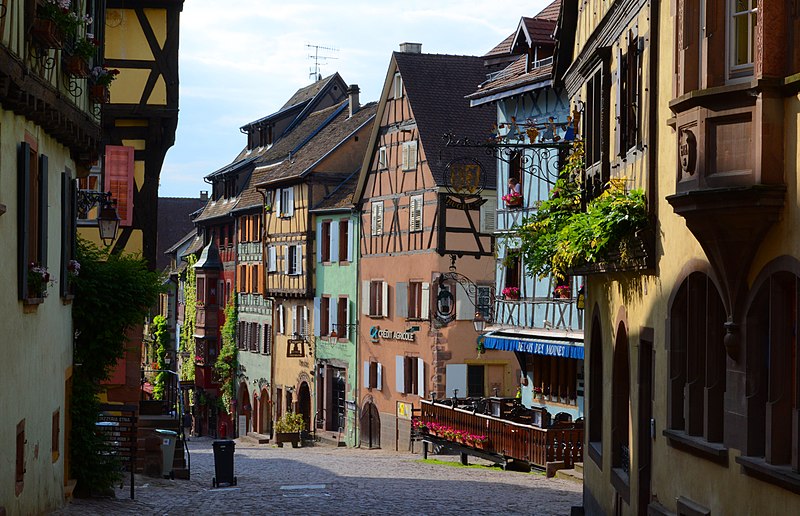 Located in the east of France, the fairytale-like Riquewihr is said to be the place that inspired ‘Beauty and the Beast’.

Most of these are built from the 15th to the 18th centuries and looks straight out of a storybook. There’s a local legend that sort of explains the colors in this town.

They say that shops have to be painted differently according to the owner’s profession (such as baker, butcher, seamstress, etc).

Most of us probably have heard of St. Tropez as the go-to holiday destination for celebrities.

This former fishing village is also among the most beautiful towns in France. Its location by the crystalline Mediterranean means it has some fantastic beaches.

Even the Vieux Port is picturesque, with all sorts of boats, a lovely promenade, cute little cafes, and shops.

St. Tropez also has a beautiful old town that you can explore as well as squares where markets are set up.

Check out these best things to do in St. Tropez, France. 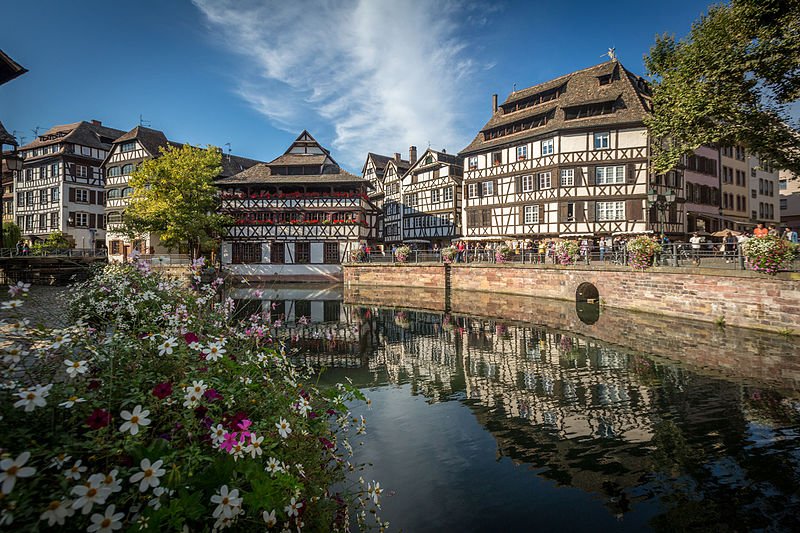 Strasbourg is the capital of the Alsace region and known for its stunning historical center. It has been fought over by France and Germany throughout its long history.

Hence, the mixed influences are reflected in its art, architecture, local culture, and even food.

Be sure to check out the incredible Gothic Cathedral while you’re here, as well as the charming La Petite France in the old town.

Check out these best things to do in Strasbourg, France.

Toulouse is the fourth largest city in France, known for its bustling markets, vibrant music scene and youthful atmosphere.

It has a huge university community that contributes to its lively atmosphere. The old town is a peaceful and delightful place to explore.

Admire the rose-colored buildings of Toulouse, which earned it the nickname ‘Pink City’.

A great way to see it through is by cruising the canals that frame its center.

It’s an entirely different take on the city’s top attractions, which will tell you why it’s among the most beautiful cities in France.

Check out these best things to do in Toulouse, France. 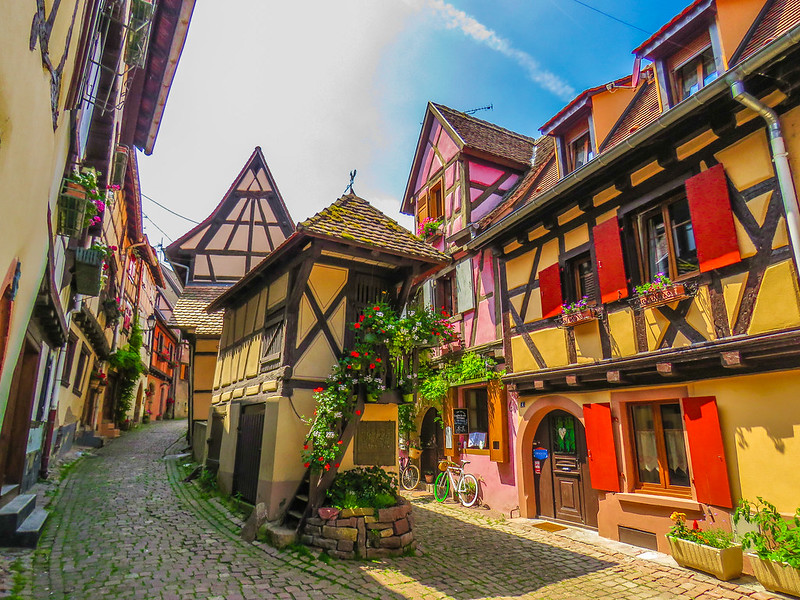